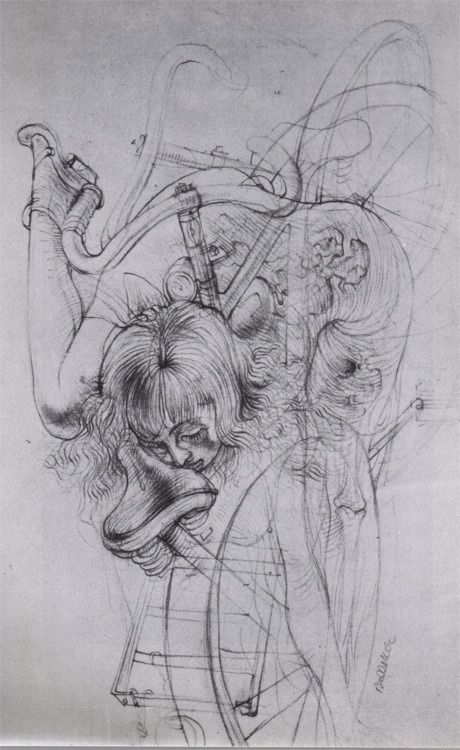 incredible nervous state, trepidation beyond words: to be this much in love is to be sick (and i love to be sick).

life has always taken place in a tumult without apparent cohesion, but it only finds its grandeur and its reality in ecstasy and in ecstatic love.

desire reduces us to pulp.

we want to find what we seek, which is only deliverance from ourselves. this is why, finding love, we have so pure an intoxication-such great despair when we lose it. each time the love is another planet: we fall into it, freed from the emptiness of tapping and misfortune. in fact, in love, we are no longer ouselves.

in the violence of overcoming, in the disorder of my laughter and my sobbing, in the excess of raptures that shatter me, i seize on the similarity between a horror and a voluptuousness that goes beyond me, between an ultimate pain and an unbearable joy!

i don't want your love unless you know i am repulsive, and love me even as you know it.

beauty is desired in order that it may be befouled; not for its own sake, but for the joy brought by the certainty of profaning it.

i enjoyed the innocence of unhappiness and of helplessness; could i blame myself for a sin which attracted me, which flooded me with pleasure precisely to the extent it brought me to despair?

eroticism is the brink of the abyss. i'm leaning out over deranged horror (at this point my eyes roll back in my head). the abyss is the foundation of the possible. we're brought to the edge of the same abyss by uncontrolled laughter or ecstasy. from this comes a "questioning" of everything possible. this is the stage of rupture, of letting go of things, of looking forward to death.

i imagine myself covered with blood, broken but transfigured and in agreement with the world, both as prey and as a jaw of time, which ceaselessly kills and is ceaselessly killed.

to remain virile in the light demands the audacity of a mad ignorance: letting oneself catch fire, screaming with joy, expecting death—because of an unknown, unknowable presence; becoming love and blind light oneself, attaining the perfect incomprehension of the sun.

i am going abroad, as far away as possible, but everywhere i go i shall be in the same delirium, the same whether far from you or near, for the pleasure in me depends on no one, it emanates from me alone, from the imbalance in me which perpetually frays my nerves. you can see it for yourself, you aren’t the cause of it, i can do without you and i want you at a distance from me, but if you are involved, if it be a question of you, then i want to be in this delirium, i want you to behold it, i want it to destroy you.